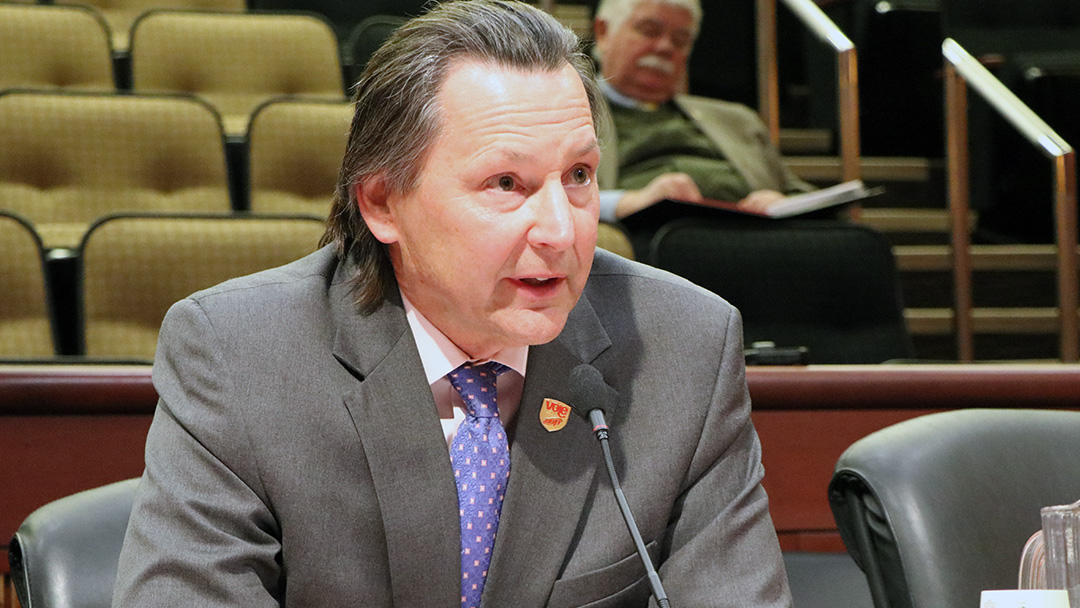 Never has more been asked of SUNY’s teaching hospitals and four-year campuses than during the coronavirus pandemic, and never have they been in more desperate financial straits than now, during the worst public health crisis in the state’s history.

UUP President Fred Kowal gave that grim assessment to state lawmakers July 28 during a daylong virtual hearing on the planned reopening of New York’s colleges. The Senate and Assembly committees on higher education, respectively chaired by Sen. Toby Ann Stavisky and Assemblymember Deborah Glick, called the hearing. Dozens of advocates for public and private education, Kowal among them, did not mince words as they laid out their concerns.

Because public higher education faces severe budget cuts this fall, Kowal said he fears that the pressure to garner revenue through tuition and fees may be driving an unsafe decision to make the reopening plans as attractive and as unobtrusive as possible for parents and students. Private colleges in New York have planned far stricter testing and contract tracing, he noted, and that makes for a grim contrast to SUNY.

This can’t go on

“This model of funding is unsustainable,” Kowal testified, in an online hearing that drew more than 5,000 viewers. “Campuses faced with devastating budget cuts are facing impossible choices. I fear that the plans that SUNY’s campuses have released in the last three weeks do not go far enough to protect students and faculty. Once again, I am left to ponder: Are students, staff and faculty at public colleges worth less than those at private colleges?”

Kowal’s testimony came one day before the New York Times released a stark national assessment on the coronavirus on college campuses. According to the story, which can be read HERE , more than 6,000 cases of COVID-19 have been linked to 270 campuses in the United States—including 23 SUNY campuses. While the cases on the SUNY campuses have been mostly limited to fewer than four since the pandemic began, those numbers reflect a period when the campuses have been closed to all but the most essential employees.

But when students start to return for the fall semester, following a summer in which they may have traveled around the country and overseas, Kowal said he fears an “explosion” of cases.

UUP has released its own plan for reopening, which applies much stricter measures than any of the campus plans, but so far, SUNY has not responded to the UUP plan, which can be seen HERE.

UUP is also asking members to sign a petition calling for SUNY to convene a virtual public hearing on reopening, and information about that can be seen HERE .

The state’s budget deficit of at least $13 billion will add to SUNY’s woes, Kowal said. The three SUNY hospitals have been expected to treat several thousand COVID-19 cases, even as they faced a huge loss of revenue through the closure of all elective procedures. Slightly fewer than 1,000 adjuncts have received notices of non-renewal at SUNY campuses, “and the number could rise,” Kowal told lawmakers.

SUNY senior vice chancellor and chief operating officer Robert Megna, who also testified, has been having regular and constructive discussions with UUP about faculty work conditions and other issues related to the pandemic, Kowal said. State and federal lawmakers have pledged to help SUNY obtain federal and state emergency funding. But so far, no one has been able to guarantee that SUNY will get the funds for its hospitals and campuses that it desperately needs to reopen safely, and to continue operating during the pandemic.

“We are not valued as we need to be, I know,” Kowal testified. “Bob Megna has argued for [funding] and the response is always, ‘Well, the resources aren’t there.’ At what point are the resources secondary to human life, and human dignity?”