We still remember. We can’t forget. 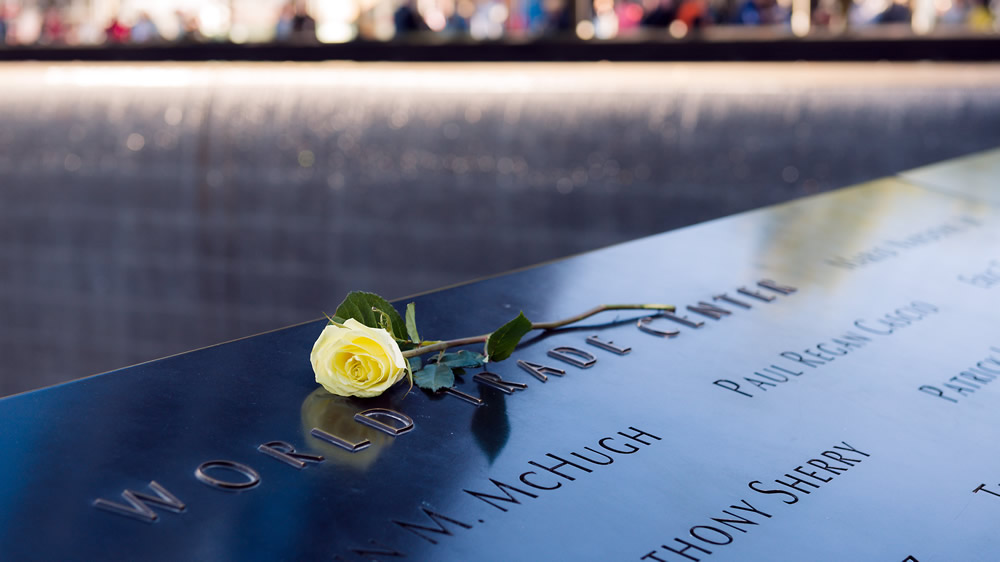 It’s been 20 years and the pain is still there, the images still etched in our minds.

Images of two hijacked commercial airliners slamming into the World Trade Center that sunny morning of Sept. 11, 2001. Images of grayish billowing smoke followed by the towers’ collapse, first the North, then the South.

Images of disheveled, disoriented New Yorkers covered in a white dust that seemed to attach itself to everything. Images of anguish: photos of people leaping to their deaths to escape the inferno, and the thousands of missing person posters that papered lower Manhattan.

Images of the heroes aboard United Airlines Flight 93 and at the Pentagon. And in the days and hours after the attack, the indelible image of the building’s jagged iron skeleton jutting up from the smoldering heaps of rubble.

“Time has not healed the wounds of this national nightmare,” said UUP President Fred Kowal. “September 11 will always be a day of loss and mourning for all Americans. We will always remember because we cannot forget the horrific images of those attacks and the aftermath, which is still felt today.”

“September 11 is a day of remembrance for our country,” said AFL-CIO President Liz Shuler. “A day when we honor those who lost their lives, including all the working people who responded, from firefighters to ironworkers to nurses and transportation workers. Working people showed the world on 9/11 what we’re made of.”

At the 2001 Fall Delegate Assembly, UUP saluted its members who joined rescue and recovery efforts at Ground Zero in the days and weeks after the attacks. Morrisville Chapter member and former UUP Executive Board member Jim Engle played “The Mist Covered The Mountains” on his bagpipes to honor the unionists that died Sept. 11.

Ten years later, four UUP members who were at Ground Zero in the days after the attacks recounted the horrors and heroism they saw in the September 2011 issue of UUP’s membership magazine, The Voice.

“Every time they recovered a body, everything stopped and everyone was quiet,” said Dave Scholl, an Upstate Medical University Chapter member deployed to Ground Zero as a member of the New York Air National Guard 174th Fighter Wing. “It was very solemn and so quiet. all the equipment stopped. It brought tears to my eyes.”

“How can you possibly work there and forget?,” asked Laura Terriquez-Kasey, a Binghamton Chapter member and part of the Metro New York 2 Disaster Medical Assistance Team that was at Ground Zero two days after the attack. “Five, ten, twenty years, it impacts you every day.”

You can read the September 2011 issue of The Voice HERE.

Saturday, Sept. 11 will be a solemn day in the Empire State.

Ceremonies will be held across the state Sept. 11 to mark the 20th anniversary of the Sept. 11 terrorist attacks in New York City, Washington, D.C. and the small Pennsylvania town of Shanksville.

Almost 3,000 people were killed and more than 6,000 were injured in the attacks, categorized by the FBI as “the most lethal terrorist attacks in history.”

In New York City, family members of 9-11 victims will gather at the 9/11 Memorial & Museum to read aloud the names of those killed on Sept. 11 and in the 1993 World Trade Center bombing. Find out more HERE.

Below is a list of news stories with information about Sept. 11 ceremonies all over the state: