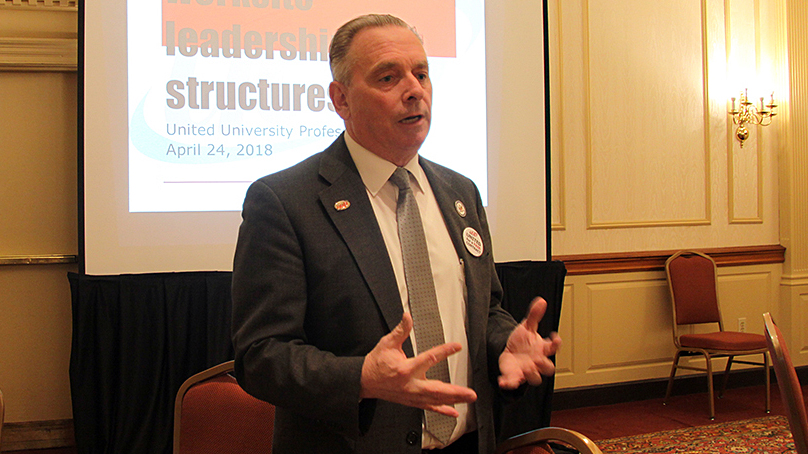 Delegates authorized the election at a special virtual delegate assembly in September. The election was originally set to take place in person at the 2020 Spring Delegate Assembly; the DA was postponed due to the coronavirus pandemic.

Ballots were mailed to delegates Oct. 28 and had to be returned to UUP by Nov. 25. The ballots were counted Nov. 30 and Dec. 1.

Hoey turned back a challenge from New Paltz Chapter President and former statewide Executive Board member Beth E. Wilson to win reelection. He became statewide MDO after winning a special 2016 election for the post and was elected to a full term as MDO in 2017.

Five Executive Board members were reelected to three-year terms. They are:


UUP President Fred Kowal and statewide Secretary-Treasurer Jeri O’Bryan-Losee, who ran unopposed, were reelected at the Executive Board meeting Oct. 23.