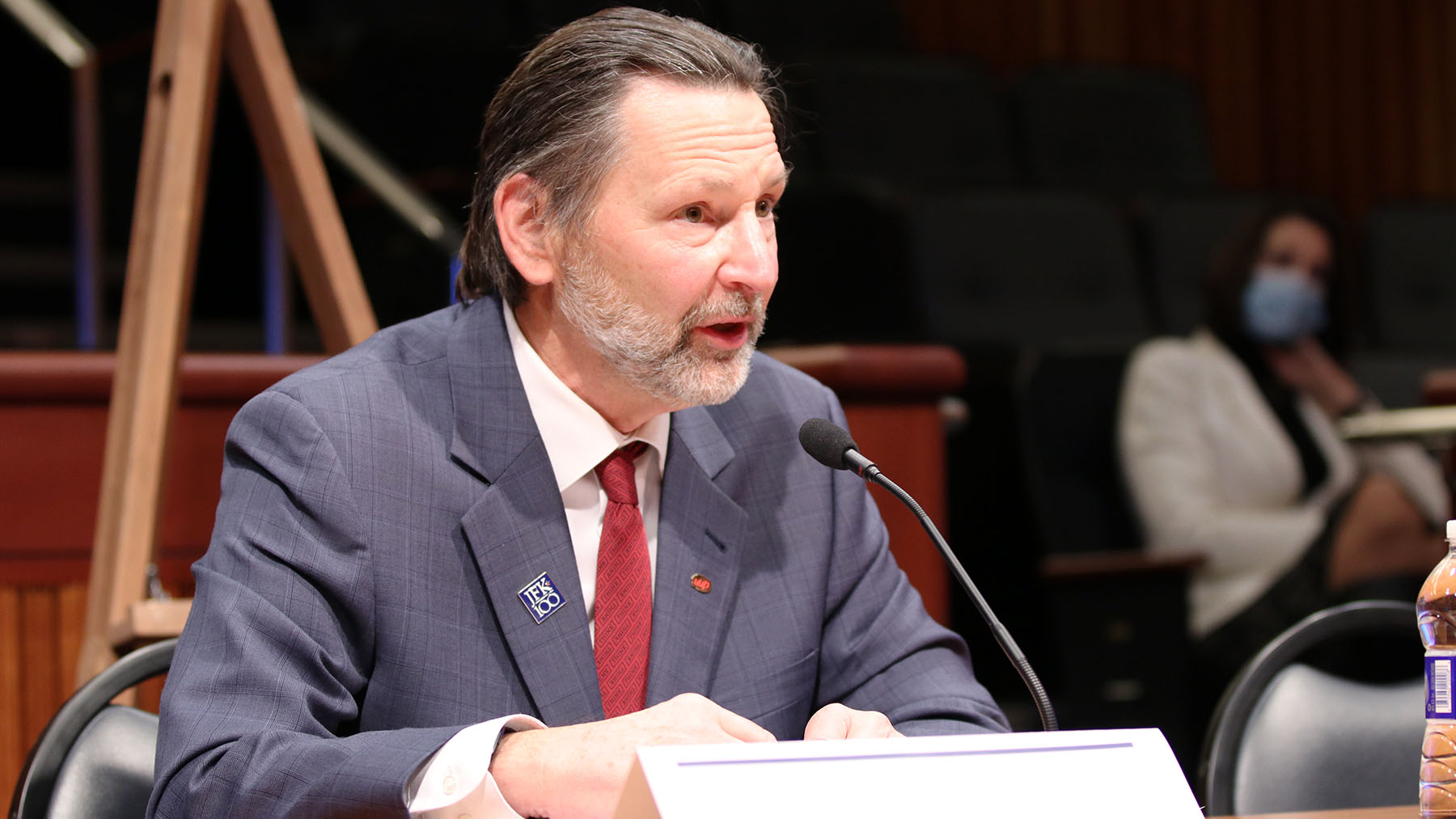 Tuition is just one part of the cost of attending college, Kowal told Committee members at a hearing at the Legislative Office Building Nov. 22. The cost of fees, room and board “is absolutely a major factor” in paying for college if a student comes from a low-income background. And if the Excelsior Scholarship program was amended to also cover those additional costs for students who met income criteria, a SUNY education would be more accessible to more students, Kowal said.

“This is a solvable problem,” Kowal told the three members of the committee who presided over a hearing on the best ways to maintain quality, equity and affordability in public higher education for the remainder of the coronavirus pandemic and beyond. In addition to Committee Chair Toby Ann Stavisky, senators John Liu and James Gaughran attended.

Stavisky noted that some SUNY colleges near the state border lose students to lower-cost out-of-state colleges, and she asked Kowal if he thought that there should be a special, lower tuition for those SUNY colleges that would help keep New York students in New York.

“Absolutely,” Kowal replied. “Should there be a proposal like that, we would support it.”

How far such an idea would get in the Legislature is another question; as Stavisky said, this is not the first time this idea has been floated, but it’s never come to pass. However, as Kowal noted, 57% of SUNY students come from New York City or Long Island, so it is incumbent on SUNY to devise a way to interest those students in the far-upstate campuses, such as SUNY Plattsburgh, and to also make college more affordable for them.

The hearing was one of several that Stavisky is holding for public higher education officials and advocates in the lead-up to the major budget hearing that her committee will hold with its counterpart in the Assembly. Kowal had also testified at a Senate Higher Education hearing at Stony Brook University Oct. 27.

SUNY Chancellor Jim Malatras also testified at the Nov. 22 hearing and listed several goals that closely match those of UUP. He said he wants to see an EOP program on every SUNY campus—it is on all but five now—and he wants to see the SUNY faculty become more diverse. He also credited UUP with developing an idea that SUNY put in place last summer: a “pipeline program” that encourages students from underrepresented communities to consider careers as physicians or other health care fields. The pilot program for this effort took place at Upstate Medical University last summer, and it provided students with an intensive weeklong introduction to what it takes to become a physician.